The first day of service in Ecuador started after much anticipation by team members. Our Team Leader, Maggie, emailed detailed messages and did a thorough orientation on Sunday, so we felt prepared to work at the daycare center.

We left for Calderón shortly after breakfast. Our rocky drive up the mountain on a narrow road revealed a spectacular view! We sat back and enjoyed being taken care of by our very experienced driver, commenting endlessly about the beautiful scenery which will surely be shared with family and friends for years to come. We reached our destination after approximately 30 minutes.

The mountains around Quito on the road to Calderón

After we introduced ourselves to the daycare center caregivers,  Maggie pointed out project after project completed by previous teams of Global Volunteers over a 20-year partnership with FUNDAC. I wanted our team to work equally as hard and to be just as productive as previous teams. I mentally noted that we’d be assisting and nurturing children one to three years old. There would also be an English class taught for the tías. The sole male on our team was offered additional duties of painting, replacing tiles, and sanding.

Work Begins on the First Day of Service in Ecuador

We were each assigned to a tía’s class. I worked with Tía Fernanda and the three-year-olds. Tía Fernanda introduced me to the class and morning activities began. Today’s lesson was the naming of animals. The students repeated the name of the animal as each animal was revealed. Then Tía Fernanda cut out a picture of each animal, pronouncing and reinforcing the animal’s name again,  before handing a picture to each student. The students, in turn, repeated the name of each animal. I was asked to paste each animal on a poster as each child passed me an animal, then we taped the poster to the wall.

At this point, we stopped for the kids’ morning fruit snack. There was a flurry of activity with bathroom breaks as we helped them wash and dry their hands. Next, we took them to the dining area and supervised their snack break, then took cutlery back to the kitchen, cleaned the table, and had another round of washing hands before going back to class.

Global Volunteer Barbara with her class in Ecuador

We resumed our morning activities by coloring animals. After each child’s animal was colored and their name and date written on their picture, it was placed on the wall. My picture was also placed on the wall, to the children’s delight! Another round of washing and drying hands and bathroom breaks followed; then to the cafeteria for lunch and afterwards, nap time. There was a change of clothes as needed after nap time, followed by…washing and drying hands! And then, an afternoon snack.

By day’s end, I reflected on my apprehension about how our team would measure up to the impressive work by previous Global Volunteers teams. I knew that our work, though not all visible, was just as important as other volunteers’ construction, painting, and mural drawings we saw earlier in the day. I felt confident I had truly helped Tía Fernanda with her day’s work!

Hadley posing with children from her class 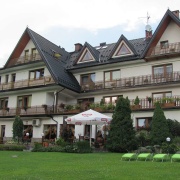 Preparing Food at the Largest Children’s Home in Peru Veteran Global Volunteer Circles the Globe to Work With Teens A Day to Teach Children in St. Lucia
0 replies