Despite its incredible growth, India remains true to its historical essence. This is a brief account by Rita, a first time India volunteer, of her experience hearing the heart of India.

This is my fourth Global volunteers program. The first three were in Romania. In December of 2016, I took a Road Scholars trip to Northern India. I found it intriguing. As a student of yoga I find the history and cultural believe system fascinating.

The sights, sounds and smells of India are authentic. Life here is as real as it gets. I wanted to delve deeper in to the Psych of the India people. Indian history tells us it is one of the oldest societies. Although European and Western cultures have influenced some of the cultural identity, it remains true to the essence of a rich history. The Global Volunteers program allowed me to see a part of life a tourist doesn’t experience.

Too learn about India, you must feel it as well as see it. There are many facets and layers in its people.

I doubt that I will ever be able to reach inside and touch the heart of India, but for fleeting moments I can hear its heart. You see it in the smiles of its children. Their eyes glistening with eagerness.  The men pushing their carts with strong fortitude. Bull’s horns dressed with bells or painted different colors for identification. Bikes peddling rthymic along. Families holding on to each other as they ride the waves of endless traffic. The horns blaring. Yet, out of what a western sees as chaos, no one seems to have road rage or minds what we see as madness. Everywhere you look there is beauty. Women from every walk of life wears beautiful, colorful, majestic sarees. Folded so carefully it is as if each one was dressed by a designer. Cows sit along the roadways, once in a while disrupting traffic as they meander across the road. No one bothers them, their lives are honored and treated with respect.

Happiness is spelled differently in India. What we might hold as valuable coming from a world of tangibles is different in India. The mindset of the people I encountered in India seemed to see deeper into the spiritual side of one’s value. 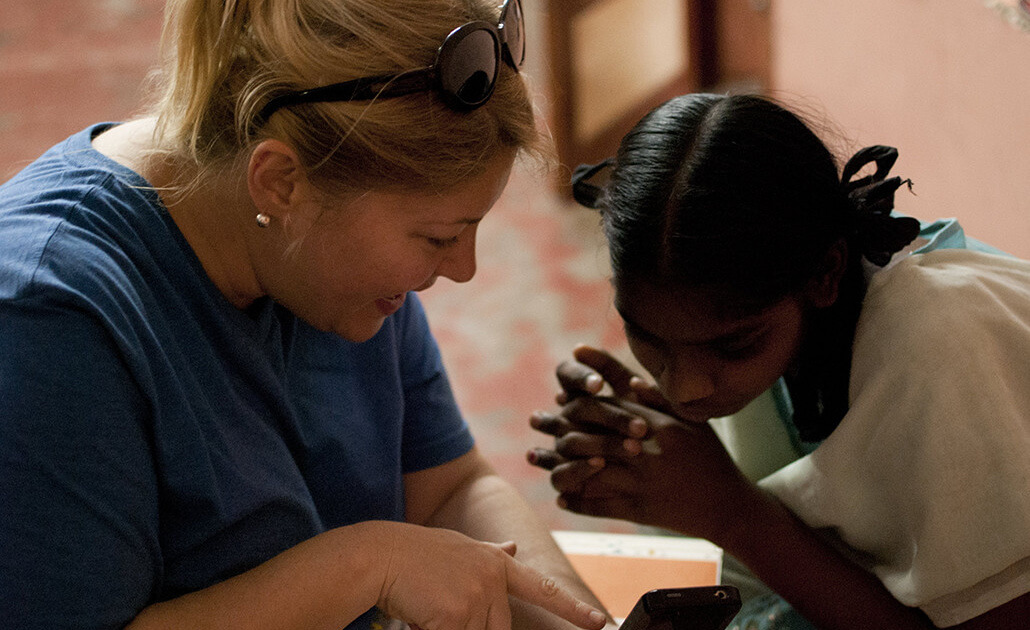 Volunteers’ Expectations Vs. Reality in Vietnam