A recent retiree volunteering in Cuba describes the sights, sounds and inspiration she experienced while practicing English conversation with gracious elders and lively students. Mary Ann Fitzgerald says her life was enriched through this unique program, and shares how Global Volunteers enabled her to easily and safely explore Havana, Cuba through service.

Florida retiree Mary Ann Fitzgerald said an article in her local newspaper about a Global Volunteers alumna inspired her to register for a Cuba program.
Undaunted by rumblings about potential travel restrictions, Mary Ann joined a buoyant team of volunteers of all ages and backgrounds, and said she “cherishes every moment of her time” as a retiree, volunteering in Cuba and learning about the country with Global Volunteers. The highlights? She cites: The Cuban people who were “humble, gracious and appreciative” in every instance. The food that was “always delicious.” The “beautiful artwork” seen everywhere; on the walls, the tile work, in the gardens.

In a staff interview, Mary Ann elaborates on some of her reflections as a retiree volunteering in Cuba:

How did you get to know about Global Volunteers?

I was nearing retirement after 37 years in the financial advisor capacity in Clearwater, and wanted to explore potential volunteer opportunities.  I contacted Lynn, who I read about in the local paper, and we set up a meeting time to get together in St. Pete. She graciously shared her experiences and introduced me to another gentleman who later showed me beautiful photos from his own service programs with Global Volunteers.  Both gave me their email addresses and phone numbers, saying if I had any questions or concerns, the door was open to contact them.  When I got closer to choosing a country for my program, I contacted them both to get their opinion.  They gave Cuba their blessing!

Why did you choose Cuba as your first country for service with Global Volunteers?

I chose Cuba because it’s close to Florida, and for my first service program, I wanted it to be somewhat familiar territory for me.  Cuba has similar tropical weather, and it’s an easy direct flight from Tampa!  During my career, I had worked with different folks of Cuban and Spanish background.  We also have a tight-knit community in the Tampa Bay area called Ybor City that is very popular, and known for great Cuban sandwiches, Spanish bean soup, flan, and more.

What inspired you to volunteer in retirement?

I have always been in some sort of volunteerism and wanted to expand on that once I retired.  I also wanted to be somewhat selective with what I would do.  Everyone that I spoke to at Global Volunteers was extremely helpful, professional, polite and patient – explaining how the program worked and helping me to decide when and where to go.  Diane Fredericksen, my personal Volunteer Coordinator, was especially helpful in the head office.  I peppered her with lots of questions!  Even after signing up!

“Everyone that I spoke to at Global Volunteers was extremely helpful, professional, polite and patient – explaining how the program worked and helping me to decide when and where to go.”

How did you choose our senior care project in Havana?

I was especially close to my grandparents growing up in a very small town – Beaufort, North Carolina.  They lived close by, and saw them daily.  So, I have always had a lot of patience where older people are involved.  I read and learned that in Havana, Cuba one of Global Volunteers’ projects was working with various senior centers. I liked the idea of assisting elders, playing games, interacting and even more.  This was something that interested me – and consequently what I signed up for in Havana when choosing which activitywork project I would like to do.

What was your main take-away from serving in a seniors center?

I served at the Methodist Senior Center.  They would be finishing up their morning devotions when I was arriving.  We then would gather in the dining room, decide which game we were going to play first!  We played lots of Bingo games, colored in coloring books – with crayons and colored pencils.  Some chose to do “word search” games in books, sometimes someone would break out and sing! I did not speak Spanish, they did not speak English!  But we survived and all had a good time. There were several of the older folks in wheelchairs, but their face would light up when I would arrive each day.  Hugs were exchanged when arriving and leaving!  There was a gentleman there who graciously helped with translation often.  I soon discovered these elderly people in Havana had so much love in their hearts, and were so appreciative with the time spent with them.  The facility was very simple, but very clean. The staff knew each resident and their specific needs.  Everyone is lovingly cared for.  There were a variety of reasons why each elder was living there.  Some had no family, their family was working and not home to care for them, or family was unable to care for all their needs.  One lady came just during the day while her daughter worked.

“I soon discovered these elderly people in Havana had so much love in their hearts and were so appreciative with time spent with them.”

Where you involved in other service projects while volunteering in Cuba?

In the evenings, I was teaching conversational English. The ages of my students ranged from 14 to 80!  They were of different backgrounds, from a student to a medical doctor.  We worked with them one-on-one, then together as a group.

What is your advice to solo travelers or people who are considering volunteering with Global Volunteers?

I traveled solo on this trip and didn’t know anyone before arriving.  I met new friends, have been in contact with some since arriving back in Florida. I always felt safe – obviously you use common sense and don’t go out alone at night, etc.  But during the day I felt completely safe. Whether you are a retiree or someone still working, there is so much opportunity to share whatever skills you have to offer. I didn’t feel as if there were certain “skills” needed to do what I did.  Just being friendly and willing to assist was all that was needed. The Cuban folks were so incredibly humble and friendly – very appreciative of whatever you can do with them.  They live in a somewhat oppressed country, and those we met don’t know what they don’t have, but seem so happy to have someone come to them and share. Since my return, I have been a verbal cheerleader of Global Volunteers and had the office send out brochures and information to several people. I highly recommend Global Volunteers —and look forward to my next trip!

Mary Ann isn’t the only retiree volunteering in Cuba and around the world with Global Volunteers.Contact us to learn more about our worldwide volunteer opportunities.

“Whether you are a retiree or someone still working, there is so much opportunity to share whatever skills you have to offer.” Special Education Teacher Travels to Tanzania to Give Back 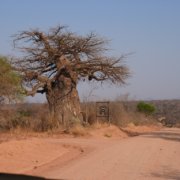 “Service is in my Blood” – A First-Time Volunteer In St. Lucia.
0 replies

Nursing Students Take on an Adventure In Service and Learning