In her second installment, Vietnam Volunteer Diana Swansen reflects on how she and her teammates experienced compassion while volunteering in Hanoi, Vietnam.  As an aviation trainer, she transmitted her passion for aviation to a classroom full of sixth-graders, fascinating them with maps and charts; and nurturing their dreams of become pilots. As a volunteer, she inspired her teammates to look for compassion in their daily interaction with students.

Today I was very moved by seeing a man peddling his bicycle with a large load, in the middle of Hanoi, during rush hour traffic, barefoot. The expression on his face was one of resolve, determination and grit. I was able to share my appreciation for that one man on the streets of Hanoi with Ms. Yen at NBK school, and I sent compassionate thoughts all day to him.  In talking with my teammates, I learned about many instances of compassion in just one day.

Man on his bike transferring a large load, in the middle of Hanoi, during rush hour traffic.

Karen pointed out that to her, compassion means love, not pity. On Tuesday, she experienced compassion when she unknowingly left her fanny pack on a bench at school.  About twenty minutes later, a staff member found her and returned it. It turns out, one of the NBK kids found it, peeked inside, realized to whom it belonged, and got help in returning it. She was reminded that the power of love and compassion, as well as the energy it can bring, could bring more peace and happiness to the world.

At Blind-Link, she also saw the way community members take care of each other, especially the staff with extreme disabilities.  Carole experienced the same, with the other students taking care of the mentally challenged students. It is beautiful to see how the blind and mentally challenged help each other through love and compassion, she said.At Karen’s home in Harlem, she knows that many people just do not have that type of support, which unfortunately leads to alienation.

Compassion was evident to Gail on Tuesday when her adult student at VIDS included her in his farewell luncheon with his employees. It was evident at the event how much her student’s employees all cared about each other and their departing leader. Jay added that he’s noticed the same at Foreign Trade University (FTU).  The compassion and appreciation he experiences isn’t just for Global Volunteers, but for the teachers by the students – who show great displays of genuine affection.

Wendy said the National Teacher Appreciation Day celebrations at FTU impressed her with the students taking so much time to honor the teachers. Wendy herself feels compassion for the teachers who work so hard at school every day. They have families, they come on motor bikes through rush hour traffic. And yet, they are so thankful, helpful and appreciative to Jay and Wendy as volunteers, even honoring them with awards at the ceremony.

Jane pointed out that in the NBK lunchroom, when the children see her coming in the door, they immediately accompany her to and through the lunch line for Pho,  and when its ready, they carry her entire food tray to an available place at a table (which is actually the hardest part!) and help settle her in for the meal. She doesn’t even have to initiate her “old lady act”! That’s true compassion, she said.

Anne said that it’s hard for her to point out just one act of compassion she’s experienced, as he feels it every day.  But, she joked that the taxi drivers specifically show compassion when they don’t run her over when she crosses the streets of Hanoi, and when her students don’t laugh at her when she didn’t eat noodles at lunch!

Global Volunteers enables people of all ages to fulfill their volunteer goals through worldwide programs. Learn more about how you can make a difference in Vietnam. Or Chat Online with a Volunteer Coordinator to get started today! 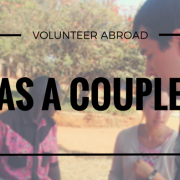 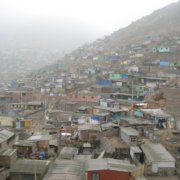 First Service Program at a Shanty Town in Peru
0 replies

Why I Give: Dental Hygiene for Village Children in Tanzania

Crete’s Beauty and Children are Global Volunteering Couple’s Re...
Scroll to top